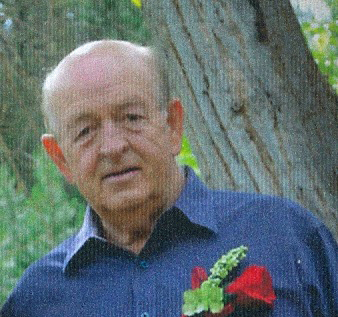 On December 6th surrounded by family, Dean passed away from complications from diabetes. Dean was born to Lee and Orla South on September 7th, 1942 in American Fork, Utah. A few years later the family moved to Dillon, Montana where he spent most of his school years. His senior year the family moved again to Darby, Montana, where Dean met the love of his life Donna Dodge. They married on June 19th, 1960. In 1965, he took a job as a propane delivery driver in Dillon for Petrolane. He quickly moved up in the company requiring the family to relocate to 7 different locations across the West over the next 14 years. During this journey they had three children, Daryl came in 1961, Sheryl arrived in 1962, and Gary came along in 1964. In 1981, after tiring of the constant relocation he formed Northern Energy Propane which acquired Helena and Deer Lodge Propane. It was time to move back home to Montana. Over the next 8 years under his leadership Northern Energy grew to a national propane company, operating in 13 states with over 80 locations. After the sale of the company in 1989, he returned to his first love buying a ranch in the Helena Valley. He especially loved to flood irrigate and would look forward to going out every morning and night with his two border collies to change his water. He continued to farm and ranch until his health would not allow him to do it any longer. During this time his entrepreneurial spirit would not leave him. He purchased a convenient store on York Road which became South’s Country Store. Dean was also the driving force in the development and construction of a large propane terminal located behind Wal-Mart in Helena. He was also very proud of his time on the State Board of Directors of Energy Share of Montana and for Energy West of Great Falls. With work being his driving force, he never had time to develop in hobbies but one thing that brought true joy to his heart was to follow and attend all his children and grandchildren’s different sporting events.

Dean was preceded in death by his parents Lee and Orla South and sister Sandra Whitehead. He is survived by his wife of 62 years Donna South. Children Daryl (Bridgette) South his children Tancy (Cody) McDaniel of Townsend, Michelle (Jeremy) Redfern, Sarah South, Brianne (Michael) Whitehouse, all of Helena. Sheryl (Brooke) Gillespie and their child Kaycee (Nick) Ransom of Helena. Gary South his children Taylor South of Ashville, North Carolina and Chase South of Bozeman. Sisters Connie Davis of Great Falls, Dixie (Bill) Cottom of Dillon, and Brother Dennis (Evelynn) South of Albuquerque New Mexico and six great grandchildren. He will be missed by many, at his request there will no service.