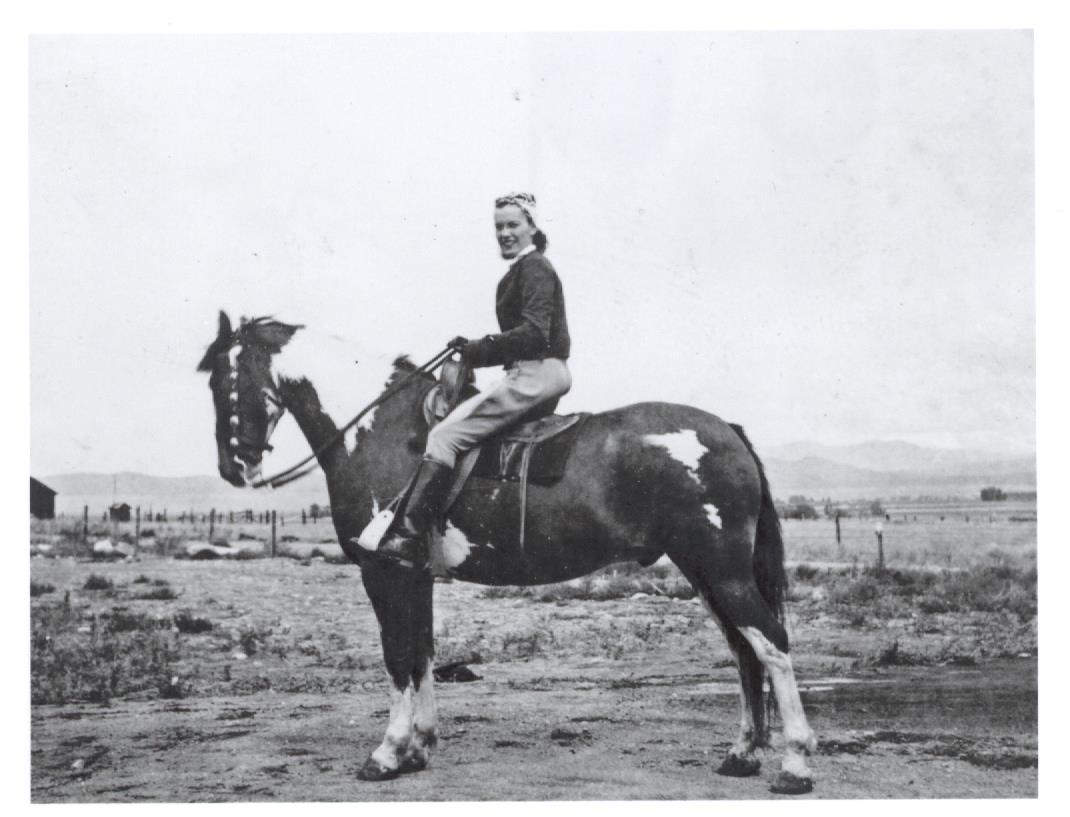 Elaine Cooper Power passed away on June 30, 2020, having lived over 100 years. She spent all but a few of those years in Helena. She experienced and witnessed the great depression, Helena’s 1935 earthquake, World War 2, the Korean and Vietnam wars, and birth of her children, grandchildren and great grandchildren. She was able to celebrate her 100th birthday on February 18th with a celebration attended by over 100 family and friends.

Elaine was born to Homer and Elizabeth Phillips and was raised on the Phillips dairy farm off Green Meadow Drive. She attended Broadwater and Hawthorne elementary schools and Helena High School. She spent two years of high school in railroad cars that served as classrooms following the earthquake.

In spite of living her formative years on a dairy, she took her mother’s advice and never learned to milk a cow. She spent her youth riding her horse, Lucky, all over the Helena Valley. Her farm background led her to become active in 4H, which afforded her the first opportunity to leave Helena and attend a turkey demonstration in Portland. Even though she was a child during the depression, she never felt poor because she always carried a nickel in her pocket that her father gave her.

Elaine was active in sports. She lettered in volleyball, basketball, Girls H-Club and the Rainbow Girls Drill Team. She was a member of the 1938 state championship softball team that travelled to Detroit to participate in the national tournament. For this achievement, the Helena Sports Hall of Fame inducted her in 2018. She continued her athletic endeavors and golfed and skied until she was 83.

Elaine married her high school sweetheart, J Morley Cooper (Coop), on the evening of June 23, 1942. Having married a navy pilot, they lived in navy bases on both coasts during world war 2, ending in Norfolk, Virginia, where her first son, Morley was born. Following the war, they returned to Helena where her daughter, Karen, and son, Jerry, were both born. Together as a family, the Coopers enjoyed camping, RV travel, and years of extraordinary weekends at their unique York haven.

Elaine was a leader for all of her children’s activities, including 4H, Girl scouts, boy scouts, and she and Coop never missed an event that any of her children participated in. She and Coop started Helena’s first square dancing get-togethers and made memorable friendships introducing folks to the art and fun of square dancing.

Elaine was instrumental in forming the Jayceens in Helena and served as its first president. She served as a committee secretary for two legislative session. Her most interesting and enjoyable work was with the Phillips Dairy and Philips Clover Leaf Dairy welcoming newcomers to Helena and supervising the retail delivery routes.

She has been involved in 1st Presbyterian Church, Eastern Star, and was a charter member of the Little Red Schoolhouse, serving as treasurer for 25 years. Her most rewarding experience was her involvement in P.E.O., an organization that supported furthering education for women. Most recently she was inducted into the Daughters of the American Revolution in 2019.

Following the death of her husband, Morley in 1986, she married Thomas Power on October 5, 1988. She and Tom lived in Helena and spent summers at his cabin on Placid Lake. Her marriage to Tom expanded her family, which included Tom’s six children, his grandchildren and great grandchildren. Together Tom and Elaine found great joy in loving their grandchildren. The marriage was significant in that it brought two of Helena’s historic families together.

Elaine is dancing with angels in Coop’s warm embrace.

In Lieu of flowers, memorials may be made to Chapter 0, P.E.O., continuing education, St. Peters Cancer Center, the Little Red Schoolhouse, Compassus Hospice Helena, or a charity of your choice.

Cremation has taken place. Due to the Coronavirus, funeral arrangements are pending.