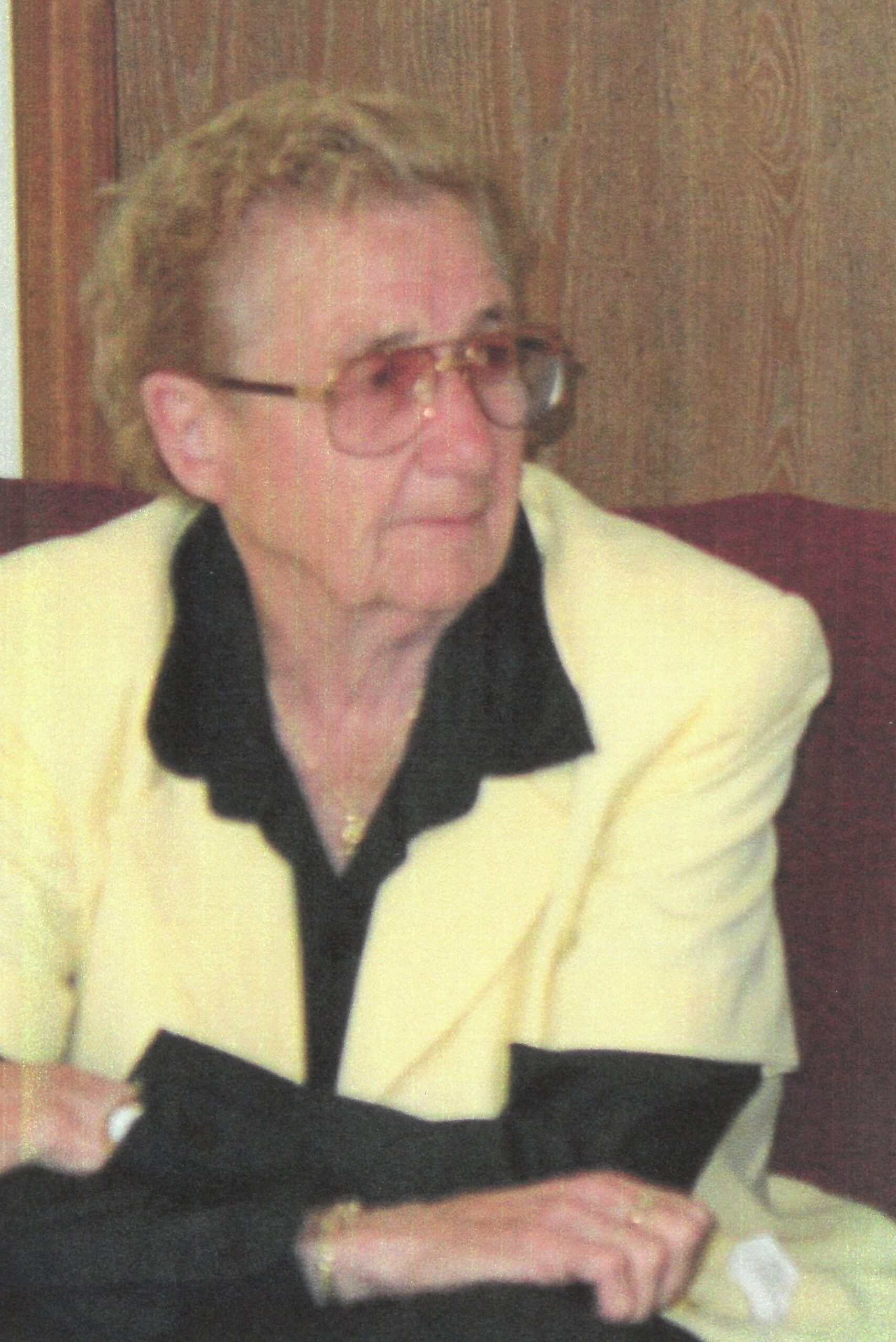 Jewel Leslie Hurley, 94, died on April 8th at the Legacy Assisted Living Center where she had resided for the last six and a half years. Jewel was born to Lester Leroy Stanley and Helen Bennett Stanley on December 18, 1927. Jewel graduated from Helena High School where she was the president of the girls H-Club and a three-year letterwoman.

Jewel married Leonard (Joe) Floyd Hurley on November 11, 1950 at the Saint Helena Cathedral and the two had almost 72 years together. They had three children: Patrick (of Helena, MT), Kim (of Medford, OR) and Kathy (of Vancouver, WA).

Jewel’s love of sports brought her to women’s softball. Jewel was an avid fast-pitch softball pitcher and player. Jewel played for McGaffic’s team in 1948 and 1949. Jewel also played for the Freezers softball team from 1950 to 1954, winning state championships in 1950 and 1954. As the ace pitcher for the Freezers, Jewel had 100 career wins with only fifteen losses. She pitched six no-hitters, dozens of shut-outs and struck out twenty batters in a seven-inning game. Jewel was inducted into the Helena Sports Hall of Fame in 2009 for her pitching accomplishments during the 1954 Montana State Championship as part of the Freezers team. Jewel was instrumental in developing the underhand windmill pitching delivery used today in women’s softball leagues. Once finished with her softball career, Jewel and her husband, Joe, went on to start and coach the Valley Angels pee-wee league baseball team. Jewel also had a wonderful career working in education at Rossiter Elementary School as a paraprofessional from 1978 to 2001. During that time, she was a formidable force as a supervisor on the playground and assistant in the nurse’s room. While students knew that Mrs. Hurley meant business, they also knew she was always looking out for their safety and health. Additionally, she was an instrumental advocate, along with her close friend, Marcella Burke, in the development of Sierra Park on Rossiter’s site. In commemoration of her efforts, the Jewel Hurley Pavilion was built and dedicated in 2009 and stands as a testament to the wonderful legacy she leaves behind to future generations of children and their families.

A private service will be held graveside on April 22, 2022 at the Fort Harrison Veteran’s Cemetery.