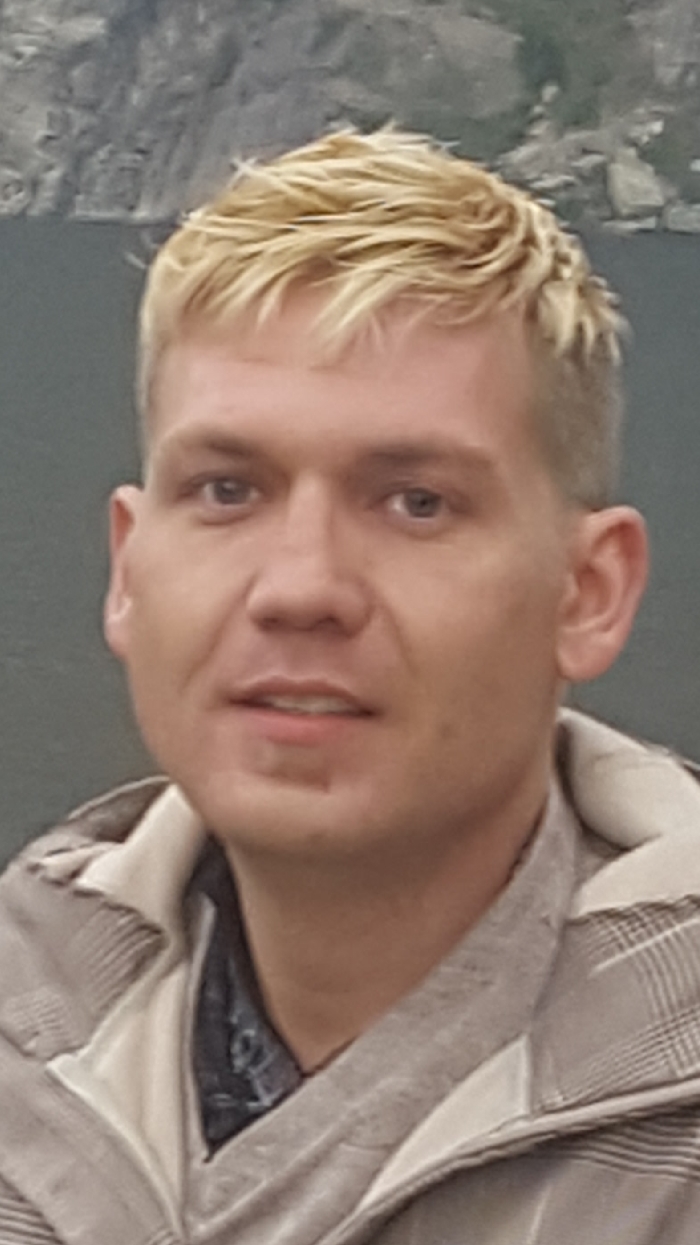 Anyone who knew Nels, knew that he struggled with his drug addiction his whole life. Not only did he battle that demon, he was diagnosed at an early age with Asperger’s Syndrome and ADHD.

Nels did not have an easy life, but he did the best that he could.

Nels was born to Jeanie Wilkins Oliver and Nels Wilkins on October 17, 1986 in Helena, MT, joining his 2 half-brothers, Cleve and Clint Culver.

Early on, Nels was a ‘loner’ type of kid. He spent many days riding his bike around the neighborhood and visiting Forestvale Cemetery.

Somehow, Nels became infatuated with movie stars. He would write letters to many of them and received signed photos back from Betty White, Bob Hope, Elizabeth Taylor, to name a few. He totally admired Myrna Loy, in fact on her 100th Birthday, Nels made the cover of the IR carrying flowers to her grave.

He even tried his own hand at acting about a year ago. He spent a 12 hour day filming with Kevin Costner and the Yellowstone film crew, only to have the entire scene deleted from the series.

Nels was in Cub Scouts for several years and in the Royal Ranger program at the First Assembly of GOD church. Back then, he was so shy and wouldn’t talk, so his Royal Ranger group dubbed him, ‘Silent Buffalo’.

He also loved camping, swimming, hiking and exploring the Ghost Towns around Montana.

A few years back, his dad was lucky to have him make the trek into Leigh Lake near Libby with him a few times, which was very memorable for both of them.

Nels was always the Champion of the underdog. As a teenager, he knew the pain of being bullied and being attacked. Nels’ speech at the Montana Legislature helped change legislation and strengthened the Montana Gay-Straight Alliance.

Nels had strong beliefs and wasn’t afraid to express them.

Nels attended area schools and the Helena College U of M with a dream of becoming a Psychiatric Social Worker. Nels had a big heart and was compassionate and loving. Prior to his death, he was employed as a Caregiver for Alexandra Prins, whom he had met while living In Henderson, NV. Nels and her and his support dog Jadyn traveled the west coast landing in Oregon, a life-long dream for Nels.

He had a great sense of humor and a style all his own. We called him a chameleon because we never knew what color of hair or threads that he would be in.

Nels leaves behind his parents, Jeanie and Nels, his two half-brothers, Cleve Culver and wife Tohlina and Clint Culver and wife Rachel, all from the Helena area and his Grandmother, Anna May Oliver from Lusk, WY. Nels is also survived by his 4 nieces who he adored, Lexie, Cara, Leah, and Livia, along with many Aunts, Uncles and Cousins.

We always told Nels that:

And he will forever be.

A Celebration of Life will be held Thursday, February 3rd at 2:00pm at Anderson Stevenson Wilke Funeral Home. A reception will follow the service in the social hall of the funeral home

In lieu of cards or flowers, please consider making a Donation to an Animal Shelter, as Nels was huge animal lover.