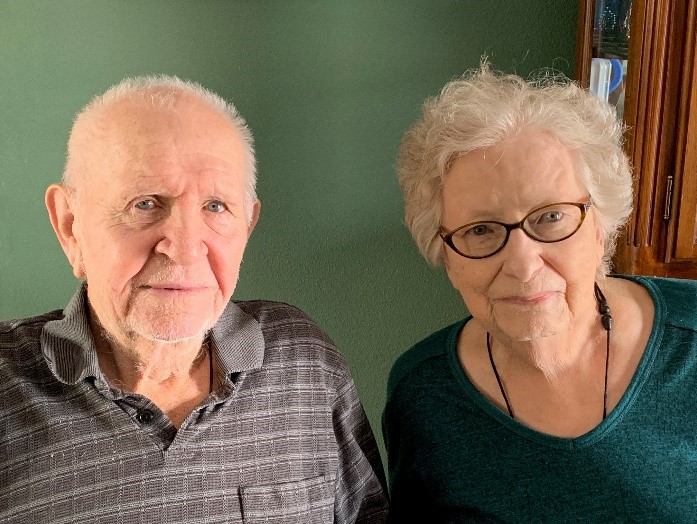 January 2, 2021, Petrus passed away from natural causes at Edgewood Senior Living Community in Helena, MT at the age of 82. He was born October 11, 1938, in Salisbury, Zimbabwe to Izak and Aletta (De Beer) Breytenbach. On April 20, 1987 in Tarrant County, Texas, Petrus married Dorothy Nell (Rainbolt) Wesala. Petrus is preceded in death by his parents and his sister. He is survived by his son Izak Breytenbach, South Africa; daughter Etricia McKenzie, South Africa and granddaughter Tanya (Nicola) Iozzo, South Africa and 2 great granddaughters Isabella and Sienna.

On December 4, 2019, Dorothy passed away at the age of 91 from complications of pneumonia at St. Peter’s Hospital in Helena, MT. She was born December 10, 1927, in San Saba, Texas to Sam and Alma (Doggett) Rainbolt. Dorothy is preceded in death by her parents, brothers, husband Theodore Wesala, daughter, Karen Wesala, son, Sam Wesala and son Roger Wesala. She is survived by her son Randall Wesala of Fort Worth, Texas and daughter Cynthia Wesala of Fort Worth, Texas. In addition, Dorothy is survived by 12 grandchildren, 17 great grandchildren and 2 great-great grandchildren.

Petrus and Dorothy were loving cared for by Chad and Olivia Roussan of Helena, along with Diana Aguilar and the family of Mike and Pam Davis