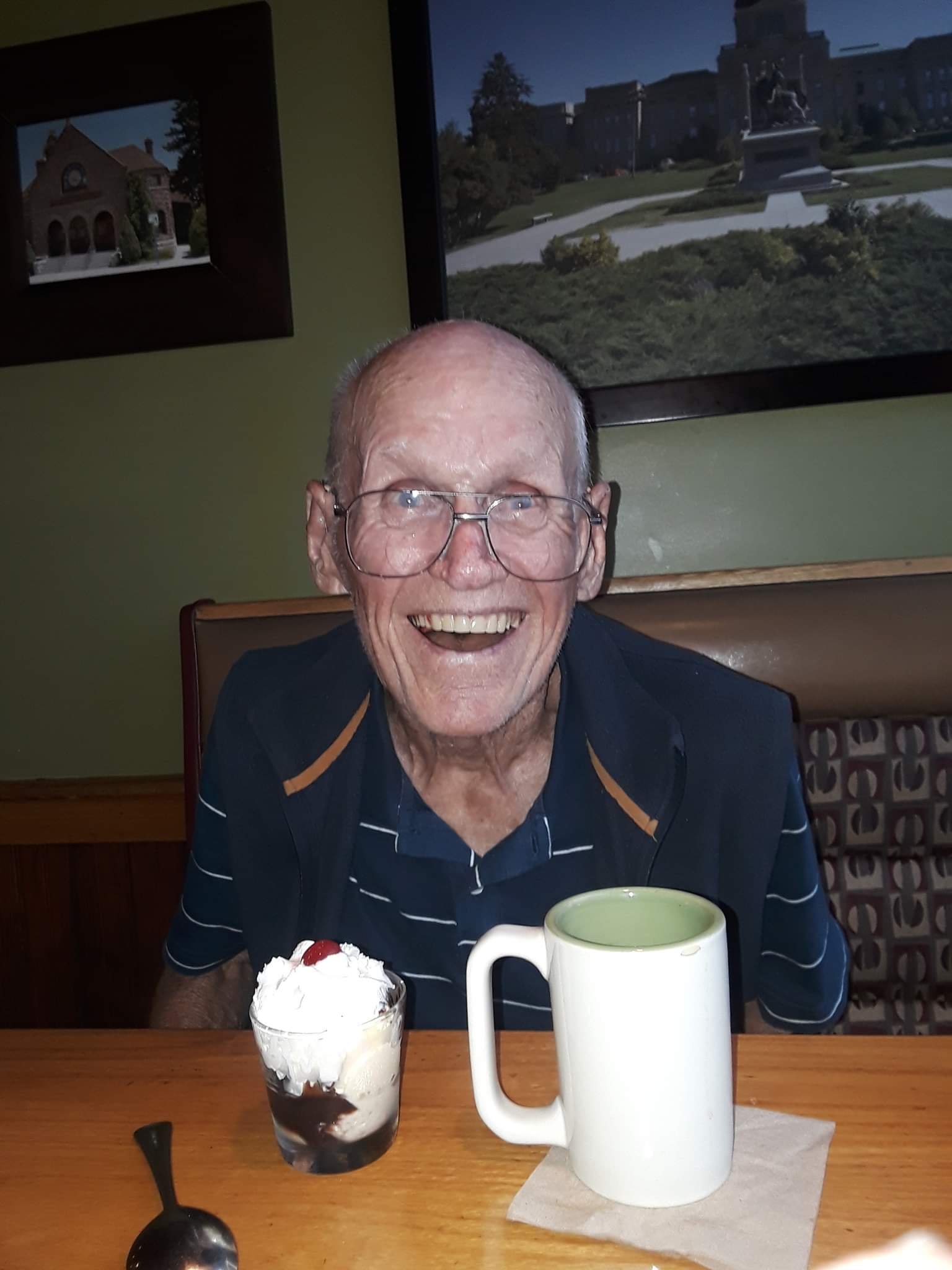 On the afternoon of January 8, 2021 Vernon Lee Moody passed away due to complications from Covid 19. His son, Dan Moody, was at his side holding his hand. The family is grateful for the wonderful staff at Cooney.

Vern was born on September 18,1932, to UD and Ann Moody in Great Falls, Montana.  He was the  proud middle brother of two sisters, Shirley Watson and Stella McMahon.  The two of them are still every bit as feisty as their brother was.  Their life was difficult as their father left when the children was very young.  Because of their struggles they were a very close family.  When Vern was in his early teens he stayed with his dad and uncles working on their fishing boat in Alaska.

At 17, Vern was attending high school in Simms and working on a dairy farm milking cows twice a day.  He then had his mother sign the papers so he could join the United States Marine Corp. Dad always said that in the Marines he got an extra hour of sleep and all the food he could eat.  He served honorably for 4 years, including a tour in Korea where he received the Purple Heart for wounds received in combat.   He carried shrapnel in his leg for the rest of his life.  Dad was always a proud Marine.

Upon his return from Korea, he married Roberta Bodkins.  After his discharge, they returned to Montana.  Dad attended Montana State University earning his Bachelor’s degree.  They moved to Helena, where he first worked at the Montana Highway Department and then the Montana Aeronautics Department.  They were married 25 years and had 3 children, Cathy Moody Corr, (Ron, deceased), Dan Moody (Sara Graveley) and  Lori Moody Voss, (Chuck, deceased).

While working for the state, he received his private pilot’s license and later his commercial license with an instrument rating.  He flew for Search and Rescue but primarily he flew for his work developing in airports in small Montana communities.  When you drive through rural Montana and see the grass airstrips with white cones, that was his work.

Shortly before retiring, Dad married Yvonne Fetty and they were devoted to each other for over 37 years.  He did his best to be a good stepfather to her children, Terri,(deceased) Tammi, Todd and Travis.  Dad and Yvonne were the most loving and caring grandparents anyone could ever have.

Dad retired, but he still worked, selling asphalt repair compound and then later worked for his friend Ed Thomas.  Dad had many friends and his life was richer for them, but two must be noted: Ed Thomas and Jack Slevin.  For 50 years they hunted, fished, and worked together.  Thank you, Ed and Jack.

Dad played as hard as he worked.  Vern and Yvonne traveled to Spain, Costa Rica and two times a year they would come visit family in Wisconsin.  Family was important to Dad and always maintained a close relation to his former daughter-in-law Marbeth Granados.

Five years ago, his wonderful wife Yvonne, had a stroke and is now in the Masonic Home.  Dad visited her three times every single day.  During this difficult time he showed his generous heart by welcoming my  new wife, Sara and her daughter and 4 children.  He always called her “Sis” and gave her a hug every time she brought him his favorite cookies.

He is now at peace.  “At Ease. Marine”.  Brother, Husband, Father Grandfather, Uncle and Friend: we will miss you always.

Graveside service with Military Honors will be held at 2:00 p.m. on Tuesday, January 19th at the Montana State Veterans Cemetery at Fort Harrison.