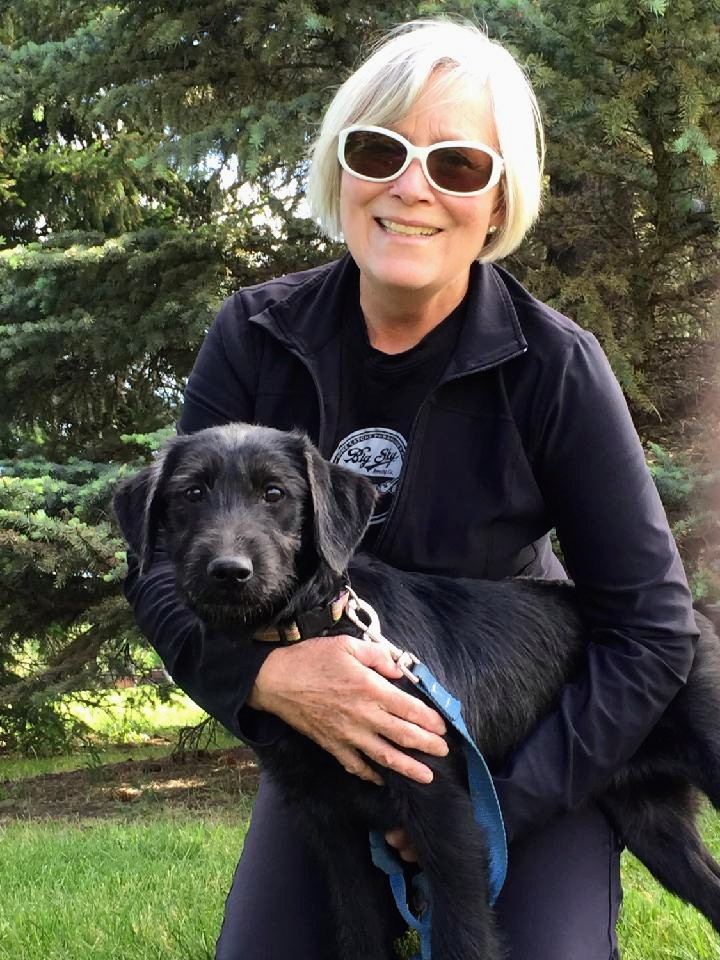 In 1951Warren Daley was discharged from the Navy and began Dental School in Philadelphia. On Cinco De Mayo that year Warren and Margaret brought a child into this world named Christine that would make a positive impact on the lives and souls of many in the years to come.

The Daly family moved to Great Falls where Chris attended school and graduated from CM Russel in 1969. While growing up Chris’s family spent summers at their cabin on Linberg Lake where she became and avid water skier. The family also spent the winter months snow skiing. Chris’s love for knowledge started at an early age and she was an excellent student that developed a love for reading which led to passion of writing. Anyone that has read one of Chris’s poems knows as her best friend Sharon described, “ you are able to convey so much meaning in such few words”. In high school Chris was disappointed in one of her teachers that read from a book and Chris and her friend Sharon went to the Vice Principal and asked to be given a study hall for that hour and they agreed to turn in all of the assignments. Their wish was granted and the education continued.

Chris attended the University of Montana and graduated with a degree in education and Chris began her career as a teacher. Chris taught her first year in Hamilton and later moved to Helena.

In 1973 Chris and Michael Larum were married and blessed the world with two wonderful children, Erica and Blake. As we all know life can change and Chris’s marriage eventually ended.

In 1986 Chris had joined Crossroads Health Club and met (through an act of God) Mike Casey. Chris asked Mike if he wanted to go for a run and the rest is history. Chris and Mike were joined in marriage and Chris welcomed Luke Casey into her blended family.

Chris was always looking for ways to share vacation experiences with her children and was constantly planning trips such as Disney World, Lagoon and our National Parks. Chris also strived to be a role model for her children in all walks of life. Chris loved taking the kids cross country skiing, hiking and running local races and just being out in nature. You could stand in the Helena valley and every mountain peak in sight and even the nose of the Sleeping giant, Chris has experienced being on top looking down. What we most remember her by is the fact that she always thought of others first before thinking about herself.

Chris taught in Helena for 26 years and in 2000 the unexpected happened, Mike was losing his employment. Typical Chris, responded with “we are not going to sit around and mope about it”. Chris was offered well-paying teaching positions in California and Las Vegas and Mike was offered job in Amarillo Texas.

Chris, (thinking of others first) responded with “lets follow your career and I can try to teach in Amarillo”. Flying from Dallas to Amarillo Mike looked out the window of the plane and said I haven’t seen a tree for 50 miles. Chris responded “why don’t you focus on something positive”.

Chris lived a whole other teaching career in Amarillo at Ridgecrest school. Chris followed her quest for knowledge and became certified in reading recovery and found a love of helping children one on one with multiple success stories. Chris was loved by co-workers, students and Principals at Ridgecrest school and the Reading Recovery community. Chris made lifelong friends in Amarillo. While in Amarillo Chris made the best of living away from her mountains and all of her vacation and Christmas time was devoted to go back to Montana to be with her children and family.

When we think of the people and students Chris has specially touched in life its astounding.

To witness a young adult walk up to Chris and say Hi Mrs. Casey remember me makes my heart beam with happiness and pride. A few years back we were at St. Peters Hospital visiting a family member and a young lady that was the hospital Doctor walked up and talked to us and Chris recognized her.

Chris asked the young lady if she remembered Mrs. Larum in grade school. The Hospitalist responded yes, she was my favorite teacher.

After touching people’s lives in Amarillo for 14 years it was time to go home to her beloved mountains.

Chris retired in 2015 and retreated to her home she loved in the Elkhorn Mountains.

Chris has had to fight for her life multiple times. Chris was diagnosed with stage 3 ovarion cancer in 1991 and after 3 surgeries and chemotherapy Chris fought back one step at a time because she wanted to be there for her children and the ones she loved. Chris would return home from a Chemo session and always find the strength to attend an event for her children no matter how bad she felt.

Chris has suffered through multiple illnesses and surgeries and always found that will to fight for life. Most recently in 2020 Chris suffered a cardiac arrest and was revived. She referred to that day as her second birthday. The last year and a half have been a constant battle of pain and suffering for Chris and she always found the strength to return to us and remain positive. We were blessed to have her return home from Mayo Clinic in time for Christmas. Somehow Chris found the strength to join in on a family gathering and then a most precious Christmas with her family in her own home with the Christmas tree and lights that she always loved. Chris came out swinging after every medical setback with walking, running, cross country skiing and she loved her body pump class where she blessed many friends with her presence at the gyms in Helena and Golds Gym in Amarillo.

As mentioned above Chris always thought of others first and then herself. Chris never missed a birthday or an opportunity to send a card to someone that was ill or going through a rough time.

Chris was spiritual and prayed, while her favorite prayer was out in mother nature taking in the surroundings, she loved all animals but especially moose. The next time you see a moose, please think of Chris.

Chris was preceded in death by her parents Dr. Warren Daley and Margaret Daley.

A memorial service is scheduled for January 28, 2022 at 1:00 pm at the Anderson Stevenson Wilke Funeral Home. There will be an opportunity to speak if anyone wants to make a comment or tell a story.

Due to winter driving conditions and the fear of Covid exposure we will also have a Celebration of Life gathering at Spring Meadow Lake Group use shelter on June 11, 2022 at 12:00 pm.