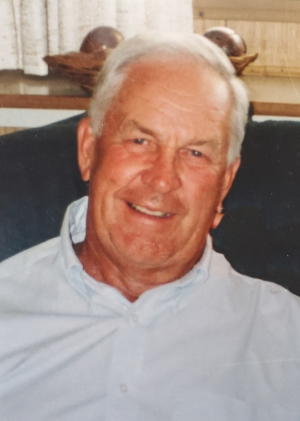 On the evening of December 29th, 2021, Gerald “Jerry” Lee Foster passed away at St. Peter’s Hospital in Helena MT as a result of a 2-week battle with an infection. He was 85 years old.

Jerry was born on May 14th, 1936, in a log cabin located on Main Street in East Helena. He liked to brag that this fact made him one of a handful of true “East Helena Natives”.  He was the second of four sons born of Lucile and Eugene Foster.

Jerry grew up with his three brothers in East Helena playing sports and working on his Aunt and Uncle’s farm.  He attended Helena High School graduating in 1954. While in High School he actively participated in football, basketball and track as a pole vaulter. His true passion, though, was baseball and he coached several little league teams in East Helena.  His athletic prowess earned him three inductions into the Helena Sports Hall of Fame. One as a member of the 1952 Helena Bengals State Championship Track Team, and two as a member of the 1956 and 1959 East Helena Smelterites Copper League Baseball Team.  It was during this time that Jerry passed the East Helena “rite of passage” earning the nickname “Ozie” (pronounced Oh-zee).  The origins of this name are unknown but it is how he is still referred to by many of his longtime friends.

It was in High School that Jerry met his lifelong soulmate Florence “Floss” Stansell whom he married on September 13, 1958.  They were married for 60 years raising 3 boys in East Helena until her passing September 21, 2018.

Jerry studied Business Administration at Carroll College working part time for the State of Montana while attending school.  He also served in the US Army Reserves from 1954 to 1958.

He began his professional career with the State of Montana in 1963 where he retired in 1992 as an Administrator for the Montana Department of Revenue, Natural Resource and Corporation Tax Division.  Upon retirement Jerry travelled to Mesa, AZ with Floss.  They left in mid-October to spend the winter playing golf and enjoying the sunshine, then returned each spring for Jerry to complete tax returns for many of his friends.

Jerry loved Montana and its outdoor beauty.  He spent many weekends towing his camper around the state for outings with his family and the East Helena crew that often accompanied them. His favorite trips were to Seeley Lake for a week with the family each year.  He enjoyed hiking and hunting upland birds, but loved creek fishing.  Whenever he displayed a fine catch to one of his friends, they would often ask where he caught them.  Jerry would take great delight, smiling as he answered, “Plunket Lake”.  “Where is that?” they would ask.  “Just over Notellem Ridge!” he would reply.  He enjoyed golfing and swapping stories over a libation at the nineteenth hole with friends.  He loved to tease and was happy to receive quips in response.

Jerry is now reunited with the love of his life, Floss. He was preceded in death by his parents Eugene and Lucile Foster, as well as brothers, Dave and Wayne Foster.

In lieu of flower, please consider a donation in Jerry’s name to The American Cancer Society, The National Hemophilia Foundation, The Lewis & Clark Humane Society or a charity of your choice.­

The family would like to extend their thanks to the staff of Touchmark for making Jerry feel special with the love and compassion they showed him over the past year and to all the friends who’s outpouring of love and support have lightened our hearts.

A service celebrating Jerry’s life will be held at 11 a.m. on Saturday, May 21st at the Fort Harrison Service Club.