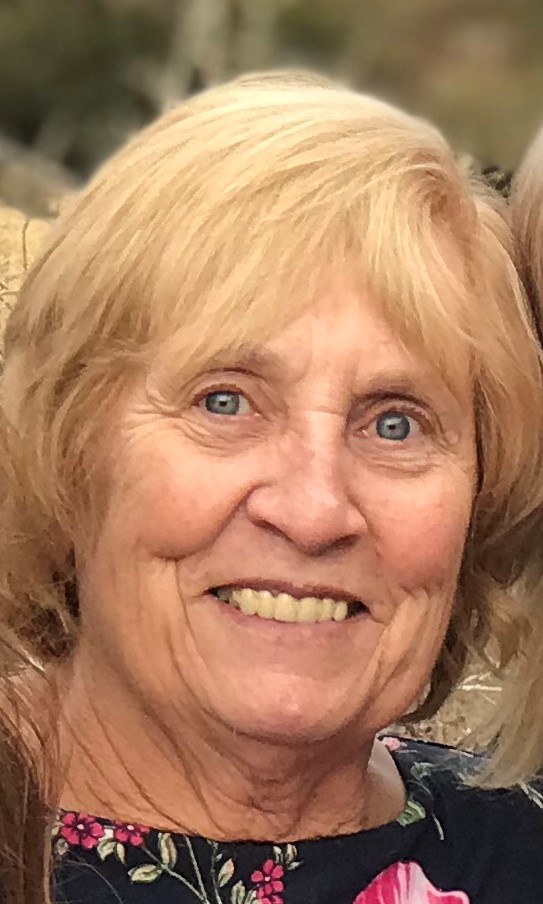 Jackie Peccia, born in Billings, Montana on October 14, 1946, died on January 5, 2022, at the Son Heaven Assisted Living facility in Helena, Montana. Jackie was the mother of two wonderful children, Jan Michelle and Steven Chris. Jan preceded her mother in death on July 12, 2015, as did her parents, Warren and Dora (Ginther) Holmes of Harlowton.

Jackie went to grade and high school in Harlowton, Montana where she graduated with honors in 1964. She was a popular student and was on the cheerleading squad and in band. She attended Montana State University in nursing for two years and did her internship in Great Falls where she obtained her LVN. She later attended Carroll College and graduated with honors in accounting.

Jackie married Robert Peccia on June 9th, 1966, in Great Falls, Montana. They lived for a time in Los Angeles and returned to Montana living in Helena in the Sunhaven Addition of Helena for 27 years where they raised their children. They later moved to their home in the Elkhorn mountains. Jackie and Robert divorced in 2010 but remained friends even after the divorce.

Jackie was involved in her husband’s engineering business (RPA) and was the company’s accountant from the inception of the company to until the business was well established, and was an integral part of the success of the company. She also helped Jan and Didi manage the Montana Book & Toy Company for many fun years. She was also on the Board of Directors of Shodair Children’s Hospital, Race for the Cure and the Lewis and Clark Library Foundation for several years.

Even though in an assisted living home for several years, Jackie was well taken care of by her loving son and daughter-in-law Chris and Didi. They visited her on most days and took her out to enjoy the Montana outdoors that she loved whenever they could. Her family would like to acknowledge all those at Son Heaven and Compassus Hopsice that took such amazing care of Jackie. You are truly appreciated.

Jackie was a warm and generous person, always caring deeply for others. She enjoyed hiking, fishing, tending to her flowers, gardening, reading, spending time with her family and grandchildren. She was particularly fond of her dogs and horses. She will be incredibly missed by all. The family suggests memorial donations be made in her name to the Lewis & Clark Humane Society or Helena Education Foundation in honor of her love of animals and children. A celebration of her life will be held this summer at her beautiful ranch in the Elkhorns.