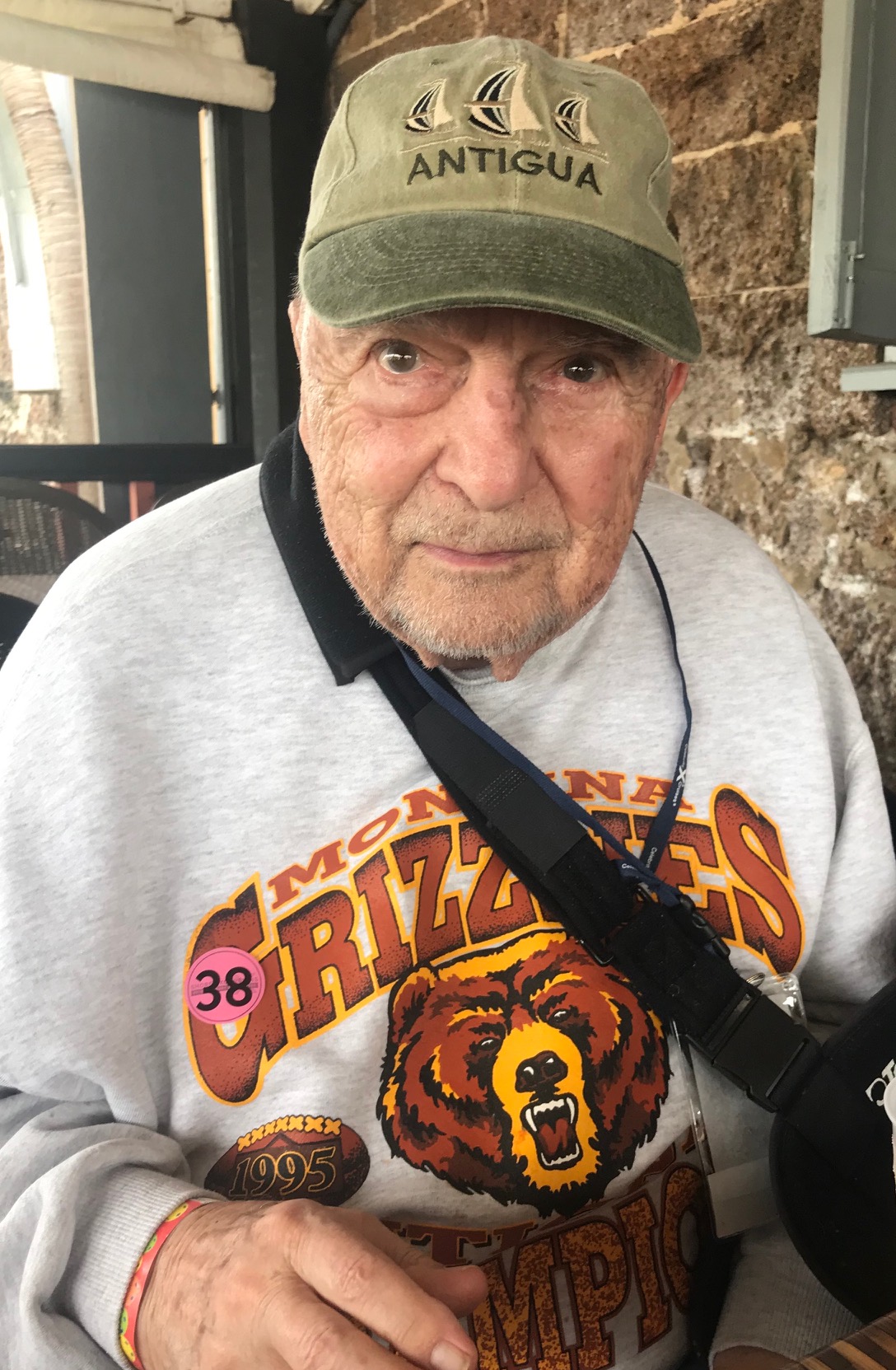 James (Jimmy) Harrington was born on March 14, 1928 in De Witt Iowa to Francis and George Harrington. He was born with an inquisitive mind that guided his live long experiences. At the age when most youngsters were playing with toys or going fishing, Jimmy was tearing an engine apart to see how it ran, building a go-cart, constructing ka power rocket or learning how to master the art of playing music on a variety of musical instruments. His surroundings provided him a workshop of aspects that would challenge his young mind.

Jimmy graduated from De Witt High School in Iowa at the age of 15 at which time he was playing saxophone professionally with a Dixieland band. He was also proficient at playing any woodwind instrument. By the age of 20 years he had organized a band (The Jimmy Harrington Trio) that performed on the West Coast and later in Montana. In Montana he organized a 14-piece big band where he played alongside many well-known artists such as Dinah Shore and Oscar Peterson.

His inquisitive nature drew him into 4 marriages the last being to Lois Harrington that lasted over 30 years. He bragged once that he was celebrating over 50 years of marriage…. but not to the same woman.

As Jimmy journeyed through his life, he continually looked around and wondered “Why & How?” about the world. This inquisitiveness guided him into the world of engineering. He became a licensed Civil Engineer and in a few short years, owned his own engineering firm – all while continuing to play music which was always a primary passion. His engineering work opened many doors tempting his inquisitive nature. It allowed him to travel to several areas within the United States as well as to foreign countries. Jimmy even worked for a year in Viet Nam engineering the redesign of highways after the Viet Nam War. After a year of support, the project ended abruptly as the North Vietnamese invaded the South and made a major shift of priorities as to what was important.

As the hi-tech world evolved, Jimmy realized that his next venture would be within the world of computer science. At an age when many were beginning to think about retirement, Jimmy enrolled in the computer science program at Montana State University gaining a degree in the field. He put his newly acquired knowledge to work as the Director of a computer company until he retired in 1990.

Since retirement, Jimmy continued to challenge himself in many areas. He wintered in Arizona, golfed, traveled, repaired and disassembled anything and everything around him. In addition, Jimmy continued playing music with Steve Rains at retirement homes around Helena until 2009. At the age of 87, when he was temporarily slowed down by medical issues, Jimmy turned to writing short stories. In the next ten years Jimmy authored more than 60 short, fiction stories.

Jimmy’s goal in life was to be able to ultimately make the statement, “Been There, Done That” be a true statement of his existence on this earth.

Graveside Services will take place at 2:30 p.m. on Friday, September 18th at Sunset Memorial Gardens Cemetery. A reception will follow the service at the family home.