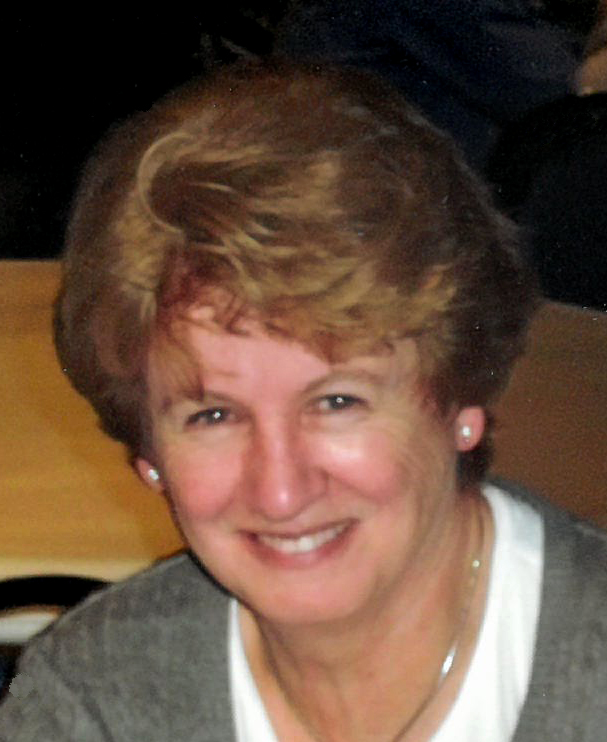 A friend told us that “Melissa Foster was a bright star with its own gravity.”  People were naturally attracted to her.  On Sunday, June 19, 2022, Father’s Day, Melissa’s star dimmed as she passed away at St. Peter’s Hospital in Helena, Montana after a brief battle with pancreatic cancer.  She was surrounded by her husband, children, siblings and family and friends.

Melissa Ann (McGrath) Foster, 77, was born on October 19, 1944 in Butte, Montana. She was the second of three children, and the first daughter of Harold A. McGrath and Emma M. (Tweddell) McGrath.   Growing up on South Montana Street, she enjoyed her youth in Butte.  Melissa was very proud of her Butte heritage.  She attended Webster-Garfield Elementary School through seventh grad and East Junior High School for eighth grade.  She was a Girl’s State delegate her junior year at Butte High School and graduated in 1962.  She attended the University of Montana graduating in 1966 with a degree in Elementary Education.  Initially, she joined friends to teach in Billings, Montana. In 1968 she joined friends in San Jose, California to teach and to see more of the world.  She returned to Billings after one year where she taught second grade until 1970.

Melissa was introduced to her future husband, Rodger Foster, by her brother, Mike McGrath, Rodger’s college roommate at Montana State University.  After a short five years, they married on December 27, 1970 at Saint Joseph church in Butte, Montana, the same parish that was home to Melissa, her siblings and her father, all of whom were married there.   Melissa and Rodger always knew  they were uniquely matched and destined to spend their lives together, two people who made one another whole for fifty-one and a half years.

Melissa’s and Rodger’s world expanded with the arrival of their children. Amy Kathleen was born in 1974, followed by Jeffrey Charles in 1977.  She loved her time at home with them and the treasured experiences through family gatherings, their friends, activities and family trips.   She watched them grow and succeed in life. It was a joyful time.  She could have not been more proud of them and told them often.

The addition of grandsons Chase (12) and Caden (10) became the center of her world and she cherished her time with her grandchildren. They loved being with their Mimi and talked about school, baked banana bread, played games and quizzed each other on sports stats. Their lively and humorous exchanges inspired countless conversations with family and friends.   Theirs was truly a special relationship of love and companionship of which they were aware.

Family was most important in Melissa’s life.  She cherished her relationships.  Melissa and her sister Mary were so close they were considered twins separated by two years.  Her brother Mike, being older, set the tone through school and was a tough act to follow. Though not large, her extended family was a close, inclusive family of cousins, nieces, nephews and grand nieces and nephews. She regarded them all as her immediate family and was involved in their activities and celebrated their successes and accomplishments.  A 47-year long tradition of family reunions in Whitefish, Montana was special to her and the tradition will continue in her memory.

Melissa cherished her friendships, both lifelong and newfound.  Some of her friendships span more than 70 years with many going back 50 to 60 years.  Each friendship held a special shared and unique connection.  Melissa was blessed with friends who were committed to relationships and with whom she shared a broad range of interests. Friends comment that, through her wit and keen sense of humor, she generated smiles and plenty of laughs.  Melissa was fun to be around. Whether with her book club, her birthday group, wine group, riverboat crew, YMCA friends, PEO sisters, retired teachers or coffee dates, Melissa engaged in each wholeheartedly. She could arrange a get-together faster than you could say Vanilla Bean – sometimes two or three a day.  With the AY Chapter of PEO she enjoyed participating in many philanthropic activities helping various women’s organizations    Melissa was a spiritual person raised Catholic in Butte.  In Helena she attended Saint Mary’s Community and later, the Cathedral of Saint Helena in Helena.

Melissa and Rodger spent their beginning years together in Seattle, Washington for four years while Rodger was employed there in the early 1970s.  It was a memorable time spent with Rodger’s brother, Lee, his wife Jordis, and their three daughters.  It was a special time for friendships formed that remain today.

Melissa and Rodger moved to Helena in 1975 when Rodger joined the engineering firm Morrison-Maierle, Inc., conveniently placing them between their respective childhood homes of Butte and Great Falls.  Melissa turned her attention to raising their family.  Melissa taught as a substitute teacher when her children were young. She returned to teaching in 1983, when her children started school.  Her twenty-two years with the Helena Public Schools were entirely at Rossiter School, primarily teaching second grade, but she also taught kindergarten, third and fifth grade.

Melissa was a born teacher. It was her passion.  Again, she developed close relationships with her students and their families, and kept up with many of them through the years.  It warmed her heart when former students would approach her to reminisce and tell her how much she had influenced them in school.  She always remembered their names and kept track of their accomplishments.  After retiring in 2004, Melissa and Rodger cherished many family gatherings and numerous trips around the United States and abroad.   Travels with friends and family created many, many, shared memories with which to ease the years to come.

Melissa has been cremated. A funeral mass will be held July 14, 2022 at noon at the Cathedral of Saint Helena.  In Melissa’s memory please consider memorials to the Angel Fund, Intermountain Children’s services, Shodair Children’s Hospital, or to a charity of your choice.