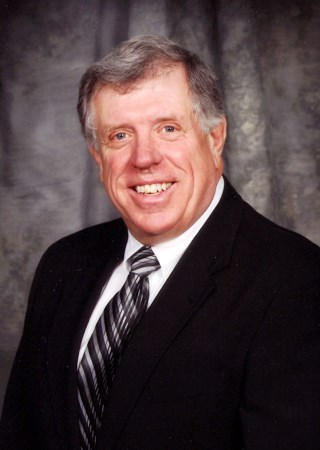 HELENA – Robert A. (Bob) Fusie, 77, died at home on December 28, 2022, of complications from frontal temporal dementia (FTD). He left Helena the way he arrived, quietly and at peace, with his beloved wife Lorretta at his side. Bob did not want anyone to feel sad about his death. He loved his children, he loved his work and he loved his friends and his life.

Bob was a Vietnam-era veteran of the U.S Navy, receiving his honorable discharge in 1966. He entered the newspaper industry, starting in advertising sales in Columbus, NE, then moving to Boulder, CO. He moved up the ranks, and ultimately went to work for Lee Enterprises in Kansas City, KS. His rise in the profession culminated with the position of Publisher of the company’s largest paper in Davenport, IA, and Group Manager in charge of four other daily papers. He took early retirement in 1996, when he moved to Helena with Lorretta. When he was diagnosed with FTD in 2020, he said he was grateful that he had retired early. It gave him 25 years to enjoy life to the fullest.

When Bob came to Helena, he knew immediately that this was the place he wanted to live for the rest of his life. His 30-year newspaper career had been spent in the Midwestern United States and had involved several moves from town to town. The same was true of his childhood and teen years, since his father worked in the petroleum industry and moved the family frequently. His residency in Helena was his longest in any single location.

Helena quickly became his home, and he found projects that he eagerly gave his talent and wholehearted devotion. These included working with others to create and streamline Gateway Economic Development Corporation (now Montana Business Assistance Connection). He also served on the board of Helena Regional Airport Authority during some of its expansions. He was a member of the Helena Ambassadors and worked with them to contribute to the construction of the new Friendship Center. Bob is perhaps best known in Helena for his unwavering dedication to updating the Lewis and Clark County Fairgrounds, which resulted in construction of the Exhibition Hall and new rodeo arena grandstands. Another effort he was proud of was the work he did with many others for passage of the mil levy for the expansion and remodeling of Central School, Bryant School and Jim Darcy School. In the process of these efforts, he made many great friends, and as his symptoms advanced, he did all he could to spend time with them. There is little doubt that his spirit will live on in Helena in the many things he accomplished.

Travel also was one of his favorite activities. He and Lorretta made 15 trips to Ireland, some with friends and family and some by themselves. They also traveled throughout the United States, an endeavor made more pleasurable and necessary with his children living in every time zone but theirs.

Bob was born November 24, 1945, in Kansas City, KS, to Andrew and Mary Fusie, both deceased. He was previously married to Marilyn Girardo in Boulder, CO, and they became the proud parents of three children. They were divorced in 1993. Marilyn died in 2000.

Bob and Lorretta Lynde were married in 1995, in Hardin, MT. They were best friends and soul mates for 27 years. In their case, these terms are used factually, not frivolously.

The family is grateful to his friends, Skip Hatveldt, Rick Hays, Terry Myhre, Dan Ellison, John Van Strydonck and Bruce Whittenberg, for faithfully bringing the group coffee break to him at home when his condition no longer permitted him to meet them at the Fire Tower. In addition, the loving help provided Bob and Lorretta, by Angel Care staff, particularly by Darcy Willey, Danica Crist, Sara Bright, Kate Renke, and Sharen Loeffler; and by Enhabit Hospice staff: Kassie Ward, Jessica Gadaire and Aleta Munden; permitted him to stay in the home he loved so much.

Memorials may be offered to: The Friendship Center, Shodair Children’s Hospital, Friends of the Fairgrounds, or a charity of your choice.

Arrangements for a gathering will be announced at a later date.